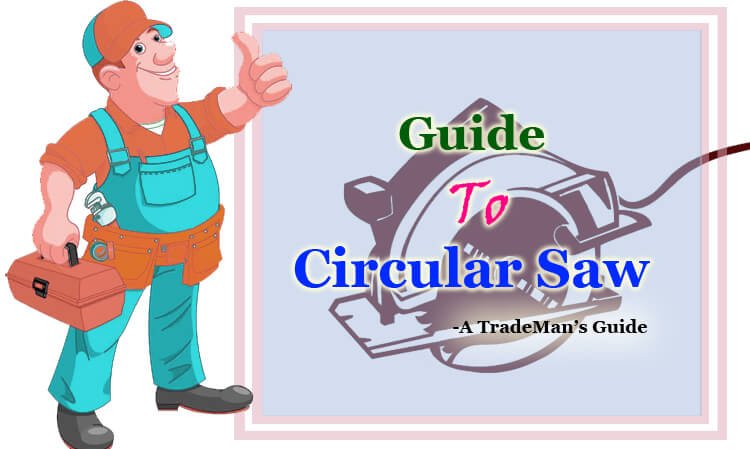 These days most professionals own more than one circular saw, and with good reason. Because circular saws usually last for a long period of time, often for 10 to 20 years, it is important to purchase the correct one. With this in mind, there are several items to consider when shopping for a saw. These include:

Circular saws come in two primary styles. The first is the worm-drive which consists of a blade that is located to the left, which makes it useful for right-handed individuals. They are heavier than other options, but have more torque than the second style, the sidewinder.

The sidewinder, which is perhaps the most common form of the circular saw, consists of a high handle with the blade placed on the saw’s right side. They are usually less expensive and lighter and are also able to spin faster than the worm-drive. Most tradesmen believe that sidewinders are a better choice than the worm-drive.

These saws are most often categorized based upon the blade’s diameter. The most popular size is 7 ¼ inch, which is able to cut through 3 inch materials and offer a large number of blade choices for various substances.

Saw power is defined in terms of amperage. The standard power is typically 15 amps but infrequent use usually requires no more than 10 to 12 amps.

The majority of sidewinder saws look similar to those who are unfamiliar with the different components of the saw. The only way to understand the ergonomic differences between the saws is to pick one up and determine how they feel. Therefore, it is essential to go to a DIY store or tool supplier and see how they each feel in your hands.

Make sure that the saw is balanced and is the right weight for you to be able to maneuver. Ensure that you are also comfortable with the blade’s visibility and the components which allow it to be adjusted.

Cordless saws are great when you do not have access to electrical outlets. This is probably not necessary though as few workshops lack power sockets. Having an extension cord or two is also a great idea if you are going to be working in a large workshop.

Although the amount of power in cordless saws has greatly increased, corded saws still have significantly more power than their cordless counterparts. Therefore, the recommended choice is a corded saw which comes with a long, as opposed to a short, cord.

The majority of new saws are sold with a wood cutting blade that is all-purpose and tipped with carbide. Depending upon the types of projects for which you require the saw, this might be all that is required for your saw.

However, there are several other blade options which can be purchased in order to cut metal, wood, concrete, and tile. If you are going to require the saw for a number of cutting projects, you should purchase a blade with a high tooth count.

Most circular saws come with a few accessories. Rip fences are extremely useful when making difficult long cuts, and nearly every saw comes with one. Hard plastic cases help protect your saw and are frequently included with the purchase of a saw, although some saws come with only a cloth bag or with nothing at all. Dust collection bags are available for a few models, and are useful in a closed space where dust is an issue.

With so many options available, it’s easy to find the perfect saw to fit your needs. No matter which circular saw you settle on, it will likely be the most frequently used power tool you own.

We use cookies on our website to give you the most relevant experience by remembering your preferences and repeat visits. By clicking “Accept”, you consent to the use of ALL the cookies.
Cookie settingsACCEPT
Manage consent

This website uses cookies to improve your experience while you navigate through the website. Out of these, the cookies that are categorized as necessary are stored on your browser as they are essential for the working of basic functionalities of the website. We also use third-party cookies that help us analyze and understand how you use this website. These cookies will be stored in your browser only with your consent. You also have the option to opt-out of these cookies. But opting out of some of these cookies may affect your browsing experience.
Necessary Always Enabled
Necessary cookies are absolutely essential for the website to function properly. These cookies ensure basic functionalities and security features of the website, anonymously.
Functional
Functional cookies help to perform certain functionalities like sharing the content of the website on social media platforms, collect feedbacks, and other third-party features.
Performance
Performance cookies are used to understand and analyze the key performance indexes of the website which helps in delivering a better user experience for the visitors.
Analytics
Analytical cookies are used to understand how visitors interact with the website. These cookies help provide information on metrics the number of visitors, bounce rate, traffic source, etc.
Advertisement
Advertisement cookies are used to provide visitors with relevant ads and marketing campaigns. These cookies track visitors across websites and collect information to provide customized ads.
Others
Other uncategorized cookies are those that are being analyzed and have not been classified into a category as yet.
SAVE & ACCEPT